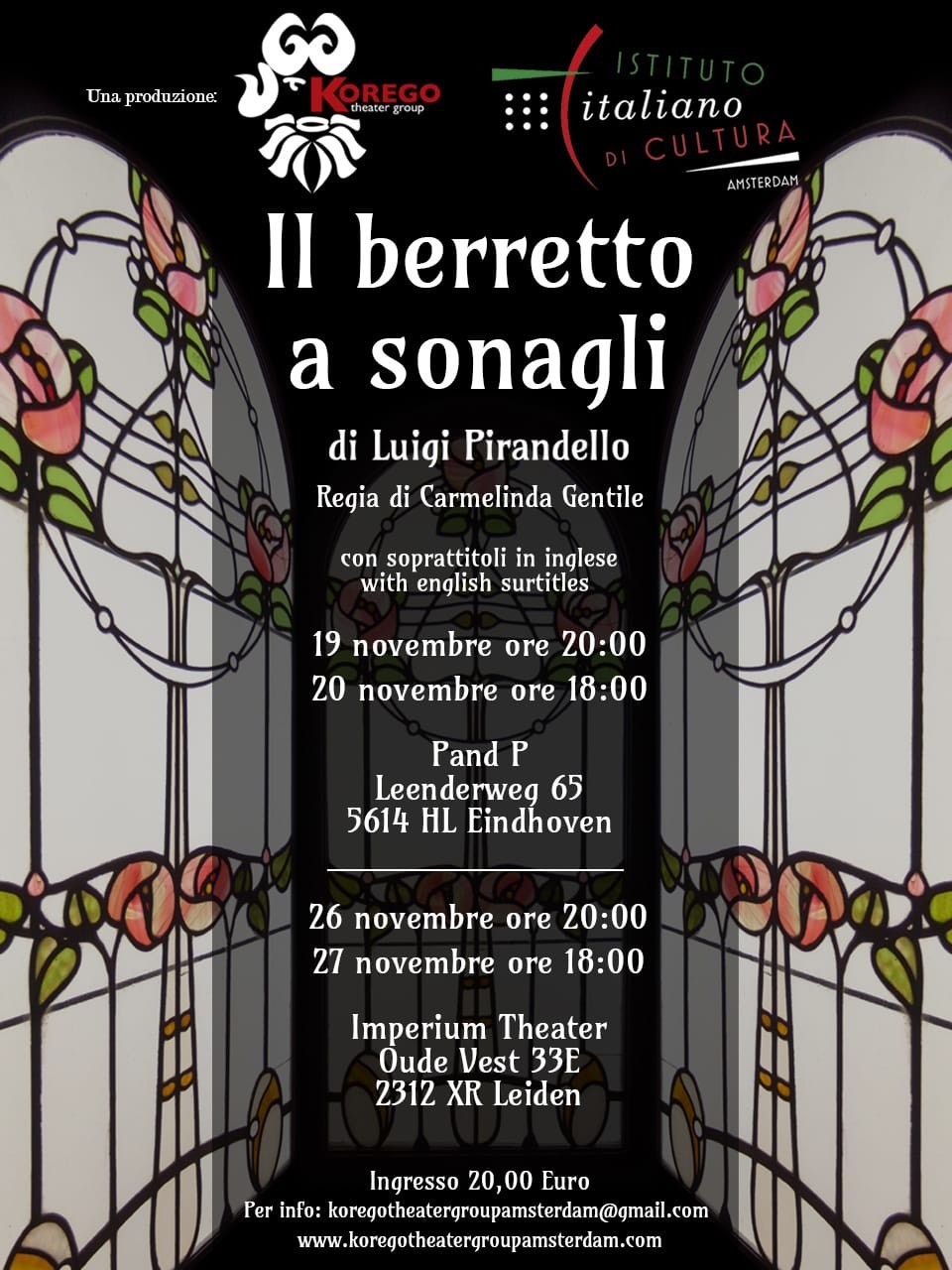 The Korego Theater Group, in cooperation with the Istituto Italiano di Cultura – Amsterdam, presents “Il Berretto a Sonagli”, a two-act comedy by the Italian writer and playwright Luigi Pirandello, directed by Carmelinda Gentile. The title refers to the cap worn by the jester, the hat of shame flaunted in front of everyone. The comedy takes up the themes of the two novels La Verita’ (1912) and Certi Obblighi (1912) and was written in August 1916 in Sicilian language with the title ‘A birritta cu’ i ciancianeddi. The Italian version, rendered a few years later by Pirandello, corresponds to a reduced version. One of the main themes of the Pirandellian comedy emerges from the novel Certi Obblighi: the individual is forced to defend his social prestige, the puppet, that puppet with whom we hide the petty reality of each of us, even at the cost of paying a very high price. And the price, in this comedy, is extremely high: the characters move in a very conservative context, in a time in which the crime of honor is in force and the condition of the woman is certainly not a social priority. Despite having recently turned a century, the Pirandellian masterpiece maintains its lucid and cutting provocative character intact. The characters of this comedy speak Pirandellian language in all its nuances and move in the arc of feelings of pain, fury, piety and irony in a small world of hypocrisy and false respectability, a bourgeois reality with a precarious balance that would be enough for shatter.

The performance shall be in Italian with English surtitles.