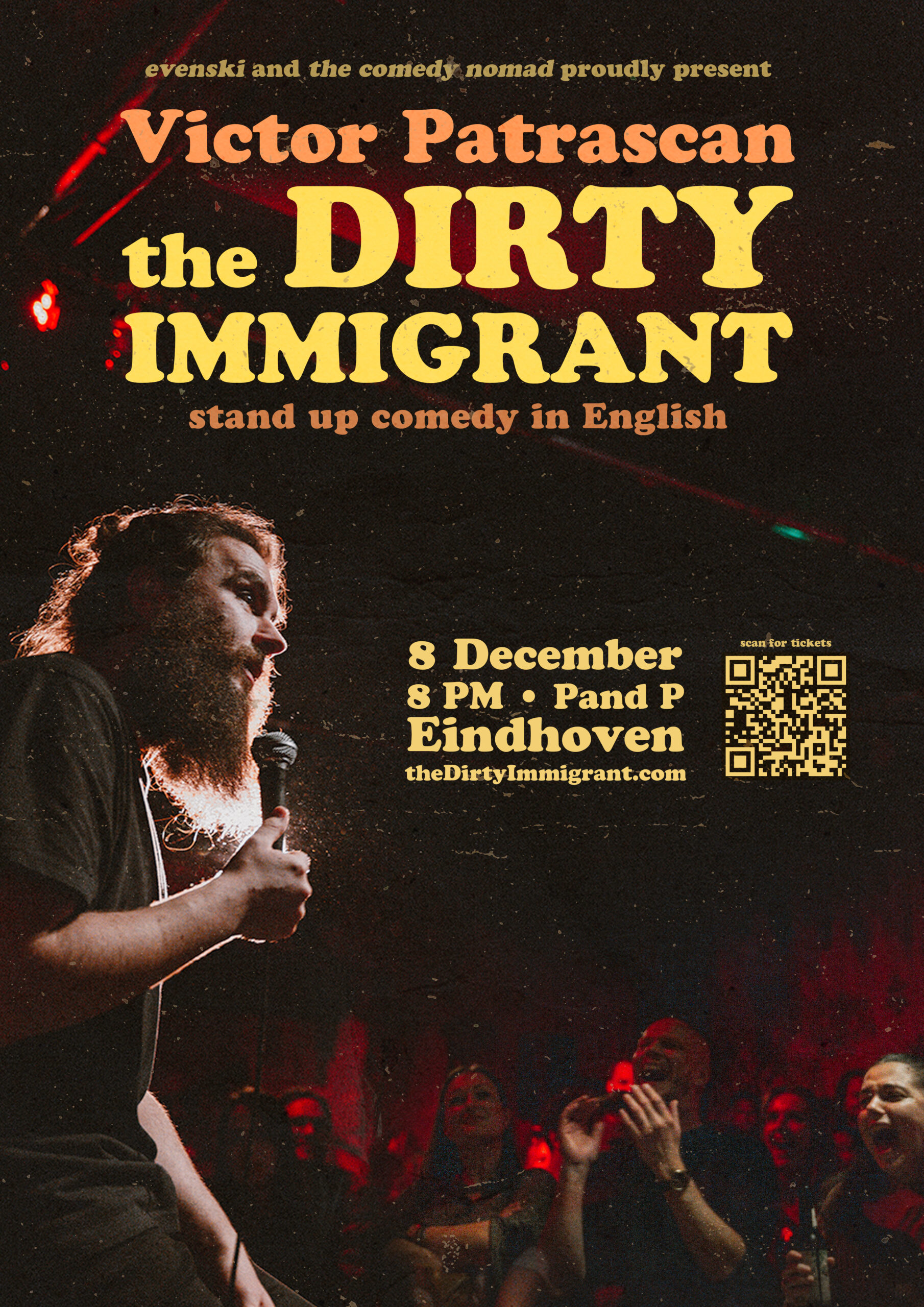 Wanna see a dirty immigrant tell dirty jokes? If you’re someone who thinks we should question everything about life, love, religion and politics then you’re going to love traveling Romanian comedian Victor Patrascan.

Victor’s curiosity surpasses his fear. He likes to poke the truth with a stick and see if there’s any life left in it. He’s bringing his honest, thought provoking and unapologetic standup comedy show to Eindhoven

Victor Pãtrãşcan is a pretentious stand up comedian and outrageous social commentator who lives in London, but who was made in Romania. Victor has told jokes in English in front of a crowd of people in the UK, Germany, Holland, Austria, Sweden, Denmark, France, Switzerland, Finland, Belgium, Spain, Ireland, Portugal, the Czech Republic, Slovakia, Slovenia, Croatia, Luxembourg, United Arab Emirates, Bulgaria, Norway, Hungary and Romania.

In 2019 and 2020 Victor topped the rankings of Roast Battle London Premier League. During the same years, Victor started touring his solo stand up comedy show called The Trouble with being Born Romanian throughout Europe with shows in over 30 cities. Since the beginning of 2021, he’s been touring extensively throughout Europe with his new show the Dirty Immigrant.. He recently appeared as a special guest on the Romanian TV show iUmor where he scared a few people with his jokes. For more information about Victor’s shows please visit victorpatrascan.com.